Determining fault in an intersection crash 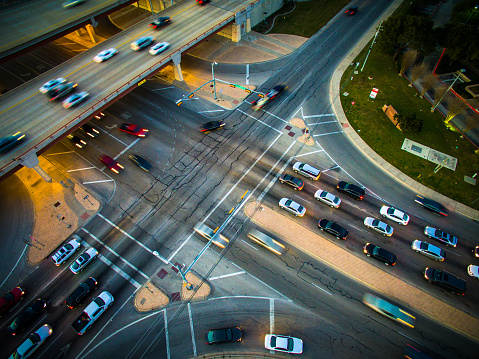 Intersections in New Mexico are often prone to serious crashes. Motorists, truck drivers and others on the road all use intersections when traveling in different directions. While most intersections are regulated by stop signs and traffic lights, some drivers get confused about who has the right of way. Others get impatient or fail to pay attention at intersections. The experienced car accident lawyers at Szantho Law Firm in New Mexico know how negligence is determined after an intersection crash.

A T-bone crash occurs when one driver collides with the side door of another car. Since there is little protection between a side door and a car occupant, the injuries from T-bone crashes tend to be severe. Knowing who is at fault for a T-bone crash can be confusing. There's always the question: is it the driver who crashed into another car or is it the driver who got broadsided? In short, it depends on the situation, but it's much more complex than that. When determining who was at fault for a T-bone crash, Szantho Law Firm considers these key factors:

T-bone crashes also occur when one driver makes a left turn at an intersection without any regard for oncoming traffic.

Rear-end collisions often happen at intersections when one driver hits another driver who is legally stopped at a red light or stop sign. These crashes often result from speeding, distracted driving, impaired driving or drowsy driving. They can be relatively low-speed crashes or can happen at full speed.

Determining fault in a rear-end collision is fairly easy, but that doesn't necessarily mean that pursuing damages is. If insurance companies believe that a rear-end collision wasn't that serious, they may argue that your injuries are insignificant or exaggerated. That's especially if you waited a long time before seeing a doctor. This often occurs when someone sustains whiplash or a concussion from the impact of a rear-end collision.

What to do after an intersection crash

If you were involved in an intersection crash, take your case seriously from the start. It's important that you get a copy of your official police report. The police narrative may indicate that the driver who caused your crash was at fault. Sometimes police don't document this information correctly, however. They may say that you were at fault. Be sure to get a copy of your report and go over it with your lawyer. The evidence gathered from a crash reconstruction expert and witness statements can tell a different story. Since New Mexico employs the comparative negligence rule, you may still recover damages, even if you were partially at fault. Your settlement would be reduced by the percentage of fault you contributed to the crash, however.

To better understand your rights and the compensation you're eligible for, be sure to speak to an attorney at Szanto Law Firm. We can discuss your options through a free and confidential case evaluation. We'll thoroughly investigate your crash and gather the evidence needed to support your claim. We'll also deal directly with the other driver's insurance company and negotiate for a fair settlement on your behalf. Contact us online or call our offices in Albuquerque or Santa Fe to get started.