Disciplined, aggressive attorney who will fight for you 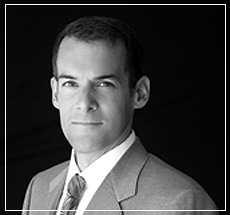 Born in a town called Debrecen in eastern Hungary, Andras Szantho is the son of a world-class runner and an elite gymnast. The Szantho family left Hungary in the early 1980s and immigrated to the United States, settling in Santa Fe, New Mexico.

In Santa Fe, Mr. Szantho attended EJ Martinez Elementary School, DeVargas Junior High School and Santa Fe High School. After graduating from Santa Fe, he attended the University of New Mexico on an activity scholarship, studying history and political science. Following in his mother's footsteps, he was a member of the University's men's gymnastics team, which was ranked first in the United States during his freshman and sophomore years.

Mr. Szantho was accepted to the University of New Mexico School of Law via the early admissions program and started his legal studies immediately after finishing his bachelor's degree. Following a lifelong interest in the drama of the courtroom, Mr. Szantho focused his studies on litigation and courtroom practice. After graduation, he gained three years of courtroom experience working for the First Judicial District Attorney's Office, prosecuting cases ranging from DWI to attempted murder, in three counties: Santa Fe, Los Alamos and Rio Arriba.

In 2007, Mr. Szantho founded his own law firm, the Szantho Law Firm, P.C. Since then, he has helped hundreds of clients with a myriad of legal issues, focusing on car accidents and personal injury law. Mr. Szantho represents each client with the discipline and toughness he gained as a collegiate athlete as well as the courtroom confidence he perfected during his time as a prosecutor. He takes great pride in helping people through some of the most difficult times in their lives. Contact us today to learn how we can help you. We offer a free case evaluation to all potential clients.