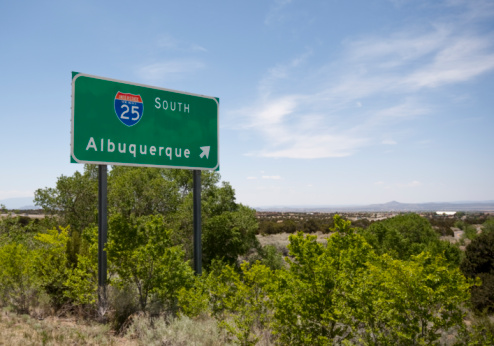 A car accident lawyer in New Mexico explains why

Rain, fog, snow, and other types of weather events can create conditions that are dangerous for motorists who drive on certain roadways. That's one reason why the National Highway Traffic Safety Administration's Fatality Analysis Reporting System (FARS) database keeps track of car accidents that happen on specific routes and highways in clear and unclear driving conditions.

According to a new study by ValuePenguin that used crash data from 2015 to 2019 to identify The Deadliest Roads in the U.S., I-81 in Virginia was the least dangerous road for driving in adverse conditions, with just 8% of its fatal crashes occurring in clear conditions during that 5-year period.

Shockingly (or maybe not to some), the study revealed I-25 in New Mexico was the most deadly road for driving in clear conditions, with a staggering 89% of the interstate's fatal collisions taking place in clear and otherwise ideal weather.

Motor vehicle crashes on I-25

I-25 is a major interstate highway in the western part of the country that runs through New Mexico, Colorado, and Wyoming. Here in New Mexico, the road begins at the I-10 exit in Las Cruces and follows the north-south corridor through Albuquerque before curving to the northeast toward Santa Fe. Running concurrently with US-85, I-25 stretches about 462 miles through the state before it enters Colorado.

Called the Pan American Freeway in Albuquerque, I-25 has interchanges with US-380 and I-40, along with frequent exits to city streets. It is also the site of many motor vehicle accidents, many of which result in severe injuries and fatalities.

Recent incidents on I-25 include:

Aside from a 1.5-mile segment of road between Gibson Boulevard and Central Avenue where drivers can go 55 mph, the speed limit on I-25 in Albuquerque is 65 mph.

Recently, state police have said one of the key areas they want to focus on around the Albuquerque Metro area is aggressive driving on I-25. That means looking out for motorists with road rage and catching speeders, but police will also likely be looking to keep drunk drivers off of I-25—which is something that has been a problem on the highly-traveled roadway.

Alcohol is a common factor in fatal accidents on I-25

The ValuePenguin report noted that alcohol was involved in 23% of the fatal crashes on I-25, which was above average when comparing the highway to other dangerous roads in the U.S.

It's no secret that driving drunk severely impacts your ability to safely operate a motor vehicle, but it's still worth pointing out exactly how drinking too much alcohol can affect your driving skills:

The dangers of drunk driving have been known for years, but still, far too many people think it's ok to drive when they've had too much alcohol, even though it's illegal in every state and is exceptionally reckless and negligent.

If you were injured or a loved one died in a car accident on I-25 in Alburquerque, Santa Fe, or anywhere else in New Mexico, you can learn your legal rights and options by contacting our law firm for a free and confidential consultation.

At Szantho Law Firm, we know how to investigate accidents, find and preserve evidence, build strong cases, deal with insurance companies, and aggressively advocate for the compensation our clients need and deserve.

The key is to act quickly since the battle to protect your interests happens soon after the dust settles from your crash. That's because insurance companies are motivated by money and have a vested interest in minimizing or denying your claim, and they're most likely already hard at work to find ways to accomplish that goal.

Don't go into a battle like that on your own. See how an experienced car accident attorney can help you, and get a legal warrior on your side who will fight for every dollar you deserve.