Crashes Involving Drunk Drivers Are on the Rise in New Mexico 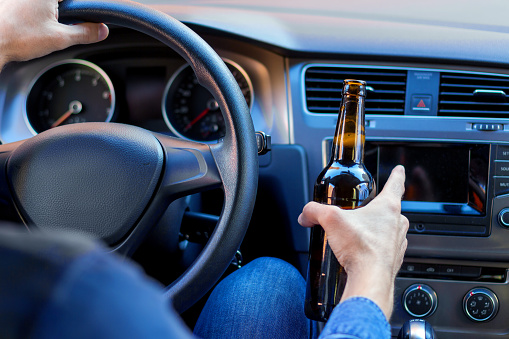 An Albuquerque car accident lawyer reveals what you should know

A recent sobriety checkpoint in Albuquerque caught 10 allegedly drunk drivers in one night.

The driving while intoxicated (DWI) suspects were discovered among 375 vehicles that were stopped by Albuquerque Police at Eubank and Constitution. Police set up the checkpoint on a late August weekend between the hours of 11 p.m. and 2:30 a.m.

Making 10 DWI arrests in one night is a rare accomplishment and shines a spotlight on the drunk driving problem in New Mexico. The dangers of drunk driving have been known for years, yet far too many people still decide to drink and drive—putting the lives of everyone they encounter on the road at risk.

The rate of alcohol-involved car accidents is rising in New Mexico, according to state data. In 2019, the most recent information available, there were 107 such crashes for every 100,000 people. Alcohol is also a factor in about 40% of fatal car accidents and 22% of all fatal pedestrian crashes in the state.

Drunk driving crashes happen more frequently in some New Mexico counties than others. Bernalillo and Santa Fe as well as Dona Ana counties report the most DWI crashes in 2019. That year there were 714 driving under the influence (also known as DUI) crashes in Bernalillo, 200 in Dona Ana, and 194 in Santa Fe.

Almost 32% of all alcohol-involved motor vehicle accidents have happened in Bernalillo county since 2015, according to the New Mexico Department of Transportation.

In Albuquerque, some of the intersections with the highest densities of drunk driving crashes include:

Anyone who gets hit by a drunk driver can sustain injuries that take a lifetime to treat. Short-term and long-term medical care can be expensive, which makes pursuing appropriate compensation for your losses all the more important.

Common injuries from DWI crashes include:

If you were severely injured or a loved one died in a crash with a drunk driver, it's important to remember that any civil action you decide to take against the at-fault driver is separate and distinct from any criminal charges handed down to the driver. That means even if the driver's criminal charges are reduced or dropped, you can still pursue compensation for your losses.

At Szantho Law Firm, we know how to build compelling cases for maximum compensation and fight for every dollar you deserve. That means if an insurance company won't offer you a fair financial settlement for your damages, we're not afraid to pursue a lawsuit and prepare your case for trial.

Discover what we can do for you and contact us today to schedule a free consultation.