Home >> Blog >> Traffic fatalities have dropped in recent years, but not for pedestrians and bicyclists

Traffic fatalities have dropped in recent years, but not for pedestrians and bicyclists 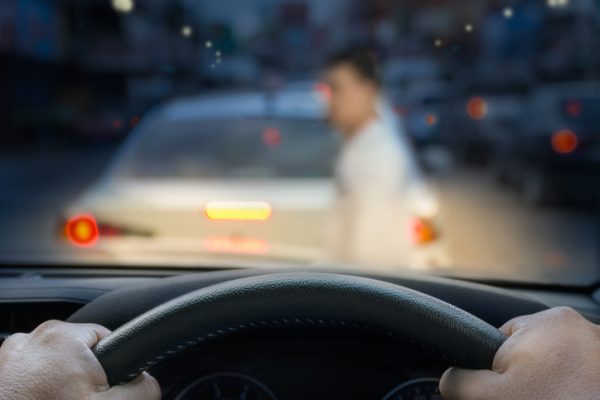 If you compare the number of traffic fatalities within the past few years with those occurring decades ago, it's easy to say that we have made some progress.

When examining the overall driving culture, as well as other factors, however, we have to ask ourselves how much progress we've really seen over the years.

Weighing the good with the bad

The good news is, that number has dropped to 36,560 in 2018, according to the National Highway Traffic Safety Administration (NHTSA) — a 2.4 percent difference from the previous year. Additionally, the NHTSA estimates a 3.4 percent decrease in the first half of 2019.

In contrast with the late 1970s, today's cars are designed to prevent fatal crashes. Transportation officials are making improvements to many roadways. Several cities across the U.S. have also adopted the Vision Zero mission of slashing the number of traffic fatalities.

So, where are we going wrong?

Pedestrians and bicyclists killed at a higher rate than ever

Some experts point to the improved economy and reduced gas prices, encouraging more people to drive. As traffic fatalities, overall, have decreased, there seems to be an imbalance when it comes to pedestrians and bicyclists.

In many American cities, including Albuquerque, more people are recognizing the benefits of getting around by foot or bicycle. For others, walking and cycling is the only option due to vehicle affordability. According to governing.com, approximately 6.9 percent of households in Albuquerque didn't own cars.

The NHTSA seeks to explore new technologies aimed at preventing pedestrian and bicyclist deaths. Currently, some technologies already exist — particularly pedestrian detection and collision avoidance systems. These technologies, however, have proven to be flawed.

In a recent crash test study conducted by the AAA Foundation for Traffic Safety, pedestrian automatic emergency braking systems were found to be ineffective when need the most.

Until enough research and development are placed into autonomous and semi-autonomous technology, relying on built-in safety features is rather dangerous.

For now, focusing on improving conditions for pedestrians and bicyclists may be more of a practical approach.

In May 2019, Albuquerque mayor Tim Keller made a pledge to join Vision Zero in accomplishing zero traffic fatalities by the year 2040. In an executive order (dated May 15, 2019), Keller referenced the 69 fatalities that occurred on Albuquerque roads in 2018.

By May 18, 2020, Keller plans to work with several other local agencies to develop and carry out a Vision Zero Action Plan.

Should you or a loved one sustain injuries in a crash, an experienced Albuquerque attorney at Szantho Law Firm can help you take legal action. Our legal team investigates all types of traffic-related injuries and deaths. We help crash victims and their families seek justice and recover all damages owed to them.

To find out how we can help you, contact us online and schedule your free case evaluation.