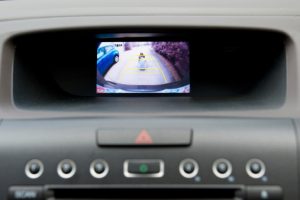 Backup cameras are now required technology in all new vehicles sold in the United States.The Drive recently took a look at the long saga of backup cameras in U.S. vehicles.

While backup cameras were first mandated by an act of Congress in 2008, the National Highway Traffic Safety Administration long delayed in forcing automakers to comply. The Department of Transportation finally issued a mandate in 2014, giving automakers until May 2018 to comply.

The NHTSA reports more than 200 people are killed annually in backover crashes that occur on non-public roads. Additionally, more than 14,000 are injured. While manufacturers have installed backup cameras in many vehicles as standard or optional equipment, the industry had long fought a mandate.

Anything that helps make operation of a motor vehicle safer is a worthwhile investment. But even the presence of cameras will not help if motorists don't take the time to look before backing up, which is currently the most common cause of these tragedies.

The Report to Congress highlighted the risks for children under the age of 5 and adults over the age of 70. The NHTSA also found that passenger vehicles were involved in 95 percent of incidences.

Kids and Cars reports at least 50 children are backed over in the U.S. each week and urges drivers and parents to take a number of safety measures.

These are tragic cases, often involving a child playing in the yard or driveway and a parent, relative or friend backing up a vehicle. The beginning of summer is a great time to remind yourself to take a few extra seconds to avoid the risks.

When an accident occurs on private property, such as the driveway of a private residence, a family, friend or loved one is often involved. Means of recovery in such cases may include the driver and his or her auto insurance policy, as well as the property insurance policy of the homeowner. Even when a friend or loved one is at fault, the high cost of medical bills make it imperative to seek the advice of an experienced injury attorney. It's important to remember that the goal of such a lawsuit is to recover from the insurance company, not to take your loved one's money.

In other cases, an incident may occur in a business parking lot. In these cases, the business and/or property owner may share fault, in addition to the at-fault driver. Under New Mexico law,  landowner liability is not determined by whether an injured party is an invitee or licensee, as is the case in many states. Instead, liability is governed by the ordinary principles of negligence. Under the general laws of negligence in New Mexico, a defendant can be held responsible for injury to plaintiff if there was a duty of care, a breach of duty occurred based on a reasonable care standard, and the breach of duty was proximate cause of plaintiff damages.

Thus, under the law, a business might not be liable for a customer backing over a pedestrian in the middle of a parking lot. However, if the lot was dark because of inoperable lighting or pedestrians were being intentionally routed through a high hazard area (a design flaw), the plaintiff's attorney might be able to show negligent action on the part of a business or property owner contributed to the accident.

In the event of a backover accident, you should speak to an experienced auto accident attorney at Szantho Law Firm.