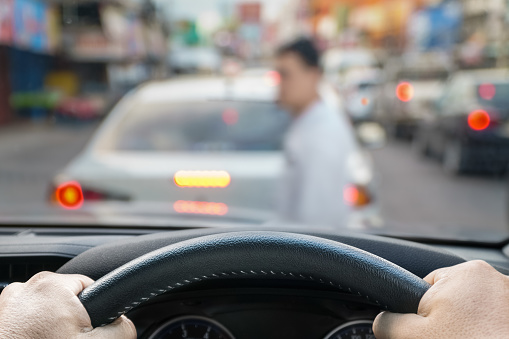 According to the National Highway Traffic Safety Administration (NHTSA), 6,205 pedestrians died and an estimated 76,000 were injured in 2019. Fatalities from pedestrian accidents have increased to record levels in the last two years, even with fewer drivers on the road due.

Now two years into the pandemic, the U.S. has seen a rise in reckless driving, which has resulted in more pedestrian deaths. According to a recent report by The New York Times, reckless drivers used the wide-open roads as an excuse to engage in negligent driving behaviors, such as speeding and drunk driving.

The pandemic brought upon hard times for everyone around the world. New data suggest that young drivers are feeling the effects more than anyone. In a survey by the Center for Disease Control Prevention (CDC), about 63 percent of young adults reported high levels of anxiety, depression, or both.

When drivers who suffer from anxiety or depression get behind the wheel of a car, their focus can be fuzzy and their minds can wander. When drivers aren't 100 percent focused on the road, accidents are more likely to happen.

Since the pandemic began, patterns in alcohol use have also changed. Researchers conducted a survey last May, and the findings were published by The New York Times. According to the report, more than 60 percent of the respondents said they consumed more alcohol during the pandemic. More than 45 percent of the survey participants stated their reasons for drinking included higher stress levels.

And as more of the population consumed alcohol to cope with the stress of the pandemic, more drunk drivers were out on the road. The CDC reports that on average, almost half (47 percent) of all fatal pedestrian accidents involve alcohol.

Speeding was also a common problem. While it was assumed by most experts that pedestrian deaths would decline with fewer cars on the road, it turned out that the empty roads prompted some reckless drivers to go much faster than the speed limit. Some police chiefs eased on enforcement, trying to be cautious and avoid face-to-face contact.

When a person gets hit by a car, the injuries sustained are often serious and frequently fatal. Common pedestrian accident injuries include concussions and other traumatic brain injuries, facial injuries, spinal cord damage, fractured and broken bones, and internal organ damage.

That's why if you or a loved one was injured in a pedestrian accident, you need a legal team with years of experience to help you navigate the process of recovering full financial compensation for your losses (e.g., medical bills, lost wages, pain and suffering, etc.).

At the Szantho Law Firm, our dedicated legal team has an in-depth understanding of how the legal system works in New Mexico. We fight for our clients every step of the way and will do everything we can to achieve the best results possible for your specific case.

Find out how an experienced pedestrian accident attorney can help you recover every dollar you deserve. Contact us today for a free consultation. Our law firm has two offices located in Albuquerque and Santa Fe, New Mexico.