New Mexico Named the 5th Most Dangerous State For Drivers 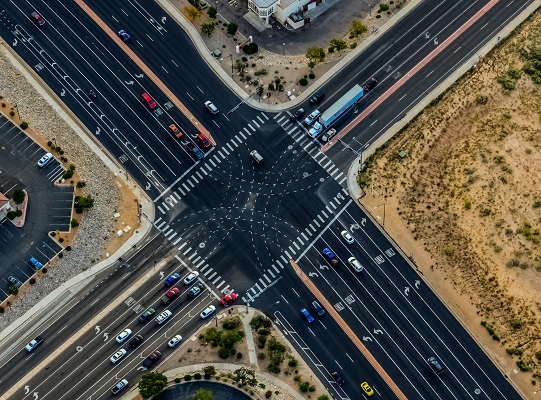 An Albuquerque car accident lawyer explains how negligent drivers put everyone on the road at risk.

Traffic safety experts at Forbes recently named New Mexico the fifth most dangerous state in the country for drivers due to the large number of car accidents here that result in serious injuries and fatalities.

“While accidents can occur anywhere, some U.S. states have more dangerous roads than others,” Forbes noted in its study, which was based on a wide range of car accident statistics for each state.

The Forbes study compared car accident data from the National Highway Traffic Safety Administration (NHTSA) for all 50 states based on five different criteria:

Speeding is a common cause of New Mexico car accidents

One primary reason New Mexico did so poorly in the recent Forbes study is the large number of car accidents here caused by speeding drivers. An estimated 40 percent of car accident fatalities in New Mexico occur due to speeding. That figure is the sixth worst nationwide for speeding-related accidents by state.

Along with speeding, car accidents caused by drunk drivers contributed to New Mexico's poor ranking in the study. An estimated 36 percent of all car accident deaths in New Mexico occur each year on average due to drivers under the influence of alcohol, Forbes reported.

And like speeding-related accidents, collisions caused by drunk drivers in New Mexico set a new record high in 2020. That year, 130 people died in car accidents caused by drivers with a blood alcohol concentration (BAC) of 0.08 percent or higher.

Albuquerque car accidents are on the rise.

Contact Szatho Law Firm if you've been injured in an accident.

Don’t simply assume you will be fairly compensated for your car accident just because another driver clearly caused your crash. In many cases, getting the money you rightfully deserve can be much more complex than you might suspect.

Whether it’s the at-fault driver or their insurance company that’s giving you trouble, Albuquerque car accident lawyer Andras Szantho and his dedicated legal team at the Szantho Law Firm, P.C. can help you every step of the way. We know the law, and we’re prepared to do the work that needs to be done to do the job right.

Learn more about your legal rights. Contact us and schedule a free case evaluation with a New Mexico car accident attorney you can count on when it matters most. Our Albuquerque office is conveniently located on Prospect Avenue. We also have an office located in Santa Fe. Finally, we work on a contingency fee basis. That means you only pay us if we obtain a financial settlement or verdict for you.