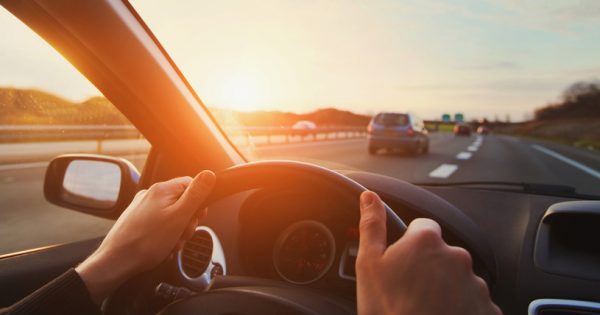 In recent years, technology moguls and the automotive industry have turned to semi-autonomous technology to help make our roads safer. With traffic fatalities hovering around 40,000 deaths per year, safety advocates (and some drivers) are hopeful that advanced driver-assistance systems (ADAS) will bring those numbers down.

ADAS systems are coming standard on most new vehicles and often include adaptive cruise control, blind-spot monitoring, forward collision warning, and lane-keeping assist. To what extent drivers can rely on ADAS technology to perform to the best of its ability remains open to debate.

According to a recent study from the Insurance Insititute for Highway Safety (IIHS), current technology designed to prevent cars from drifting off the road or over the center line isn't as reliable as many people anticipated.

The vehicles involved in the study included:

The vehicles were test-driven on both urban and rural roads, which included highway off-ramps, intersections, and other common roadway components.

One driver even recounts how ADAS features were activated at times when it wasn't necessary.

"I didn't like how this computer could just randomly decide to correct my driving when there was nothing wrong with where I had the car," said the driver.

Other drivers in the study complained that the steering systems would direct them either too close to the centerline or side of the road. The challenges with lane-centering were more common on state highways and secondary roadways (as apposed to interstates). That is where drivers were more likely to encounter obstacles.

Staying fully engaged and attentive is best for safety

ADAS technology still has a long way to go before it can be deemed effective. That could mean years of research, testing, and development.

These systems can only help mitigate crashes caused by driver error, not eliminate them entirely. When buying a new car, it's important that drivers accept the limitations of ADAS technology. They will still need to stay fully engaged in the task of driving.

Drivers should always read the owner's manual when purchasing a new car. According to IIHS, these manuals often warn against relying exclusively on ADAS systems. Drivers still need to be in control of the steering wheel and avoid all distractions.

Should you or a loved one be hurt in a crash, it's best to consult with an experienced New Mexico car accident attorney who can help you build a strong legal claim. Szantho Law Firm serves clients in greater Albuquerque and Santa Fe. Contact us online to find out how we can help you.