Home >> Blog >> How can a lawyer help me if I was injured in a crash with an impaired truck driver?

How can a lawyer help me if I was injured in a crash with an impaired truck driver? 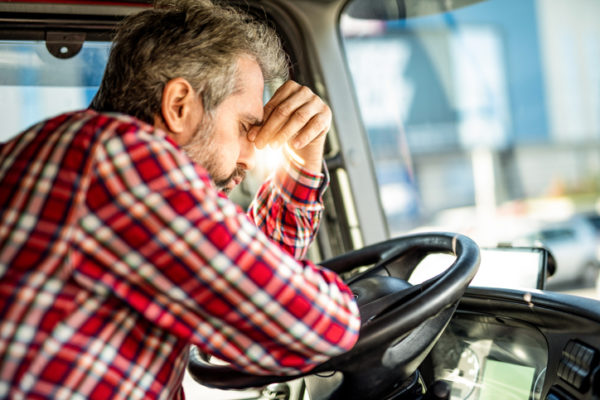 Operating a commercial motor vehicle (CMV) or large truck requires a lot of skill, experience, attention and good judgment. Large trucks are much more complex to operate than cars. They also weigh up to 80,000 lbs. when fully loaded, in comparison to a car that weighs around 4,000 lbs.

About 5,000 people lose their lives each year in the U.S. due to crashes involving large trucks. Impaired driving is one of the leading causes of serious and fatal truck accidents in New Mexico and across the United States.

There is no safe way for truck drivers to operate a CMV while impaired. Consumption of alcohol and controlled substances causes impaired judgment, delayed reaction time, and decline in physical, cognitive, and motor functioning. Even small amounts of alcohol, marijuana, sedatives or over-the-counter drugs can induce drowsiness (which is another leading cause of truck accidents).

Truck drivers must comply with strict federal rules regarding the use of alcohol and controlled substances. For example, federal law prohibits truckers from driving with a blood alcohol concentration (BAC) of 0.04 percent or greater. For car drivers, the BAC limit is 0.08 percent. In addition, truck drivers must undergo strict and random testing procedures in order to obtain and maintain employment.

These are the rules regarding alcohol use outlined by the Federal Motor Carrier Safety Administration (FMCSA):

The trucking company may also be held accountable for a crash caused by an impaired truck driver, under the FMCSA rule of "actual knowledge" (382.107.) This rule states that any information pertaining to a violation of subpart B of part 382 provides a "sufficient basis for that employer's actual knowledge." This may include:

Rules on controlled substances and testing

Truck drivers and trucking companies are required to comply with these rules on controlled substances and testing outlined by the FMCSA:

The FMCSA conducted a Drug and Alcohol Clearinghouse, which compiled 19,849 positive drug test results from September 2019 to May 2020. The three most common substances found in the tests included:

If you were injured or lost a loved one in a crash caused by an impaired truck driver, you need a strong legal advocate on your side who can conduct an in-depth investigation. Trucking companies and the insurance companies that represent them have a lot to lose from a crash. Trucking companies will often launch their own biased investigations. They may even destroy, falsify or hide records proving that they acted negligently.

You may be recovering from serious injuries and stuck with costly medical bills. Those who survive truck accidents often sustain:

At the same time, you may not be able to work and make ends meet. Perhaps you're mourning the loss of a loved one. The last thing you need to deal with is the frustration of navigating a complex truck accident claim. Let an experienced New Mexico attorney at Szantho Law Firm sort things out for you. We'll gather the facts to support your claim and fight for a fair and complete financial settlement. Our law offices are based in Albuquerque and Santa Fe. Contact us online to schedule your free and confidential case evaluation.