Home >> Blog >> Despite National Dip, Traffic Fatalities on The Rise In New Mexico

Despite National Dip, Traffic Fatalities on The Rise In New Mexico 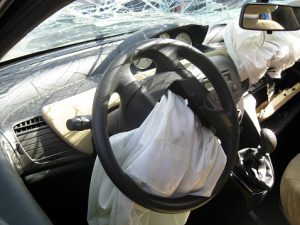 Emerging safety technology and changes to infrastructure can help reduce fatal traffic accidents. However, with rising traffic volume, the death toll is still hovering around 37,000 traffic fatalities per year, according to The Verge.

The US saw a slight improvement in 2017 from years past, with approximately 37,133 traffic deaths reported. Moreover, 2018 has shown more signs of improvement during the first half of the year. From January to June, an estimated 17,120 traffic fatalities were reported.

But while these numbers may seem promising, far too many people are dying on US roadways. One of the leading factors is distracted driving, which resulted in 3,450 deaths in 2016, according to the National Highway Traffic Safety Administration (NHTSA). Not only do handheld devices cause distraction, but many built-in infotainment features are causing drivers to take their attention off the road.

As of August 2018, the United States has seen an increase of 1.2 percent in traffic volume from August 2017, according to the US Department of Transportation (USDOT). New Mexico had an increase of 2.4 percent during the same period.

Despite the national dip in traffic fatalities, the death toll has increased in New Mexico. According to an annual report reflecting the most recent statistics from the New Mexico Department of Transportation (NMDOT), there were approximately 405 traffic fatalities statewide in 2016. This marked an increase of more than 35 percent from 2015 (which had 298 traffic fatalities).

When the worst happens, you can trust us

At Szantho Law Firm, we’ve seen just how devastating driver negligence can be. In far too many cases, responsible drivers are severely injured, requiring months of recovery and time spent away from work. Even worse, an auto accident can result in the loss of a loved one. Furthermore, insurance companies may be unwilling to compensate victims for damages, medical expenses and other losses associated with a crash. That’s not right.

If you’ve been hurt in a crash, you need a trusted Albuquerque auto accident attorney on your side. We’ll fight for you every step of the way. Contact us today for a free case evaluation.