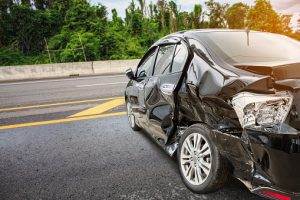 Becoming involved in a motor vehicle collision with an uninsured motorist is a major problem for innocent collision victims. Those who are hurt in car accidents are supposed to be able to obtain compensation for injury losses from the person who harmed them. Most individuals do not have enough money to pay for the costs of a car accident they cause, which is why they are supposed to have insurance so an insurer will cover the bills after a collision. In New Mexico, minimum liability coverage required of drivers is $25,000 per person and $50,000 per accident, so a driver should have at least this much coverage.

But some drivers break the law and drive without liability insurance. Insurance Information Institute (III) estimates that 21.6 percent of drivers in New Mexico are not in compliance with auto insurance laws and do not have the minimum amount of coverage. New Mexico ranks fourth in uninsured drivers in the country, so the chances of involvement in a collision with an uninsured driver are substantial. Many more drivers are simply underinsured, which means they have some coverage but not enough to pay for serious injuries.

What to do After an Accident with an Uninsured Motorist

After becoming involved in an accident with an uninsured or underinsured motorist, you should explore different options available for trying to get compensation.

One option is to try to collect compensation from the driver who harmed you, despite the fact the motorist has limited or no insurance. If you can prove that driver was to blame, you can get a personal judgment against him. The problem with this is, it can be difficult to collect unless the person who caused the accident has assets or a good income. You can also try to obtain as much money as possible from the insurer, up to the amount of coverage that is actually available.

Another possible option is to see if you have uninsured or underinsured motorist coverage. If you do, this means you have purchased protection from your insurance provider who can compensate you for car accident losses in a situation where another driver should be paying damages but can't. Your insurer will stand in for the driver who is legally obliged to pay you but who doesn't have insurance or enough money to pay the bills. Your insurer will pay only up to policy limits. You may need to get legal help negotiating with your insurer to make certain you are able to get a fair amount of compensation to pay for damages.

Finally, you can explore the possibility of suing any third parties who may be legally liable for the harm you endured. For example, if there was a defect in your vehicle that made accident injuries worse, it is possible the car maker could be held liable and made to compensate you for at least some of you damages.